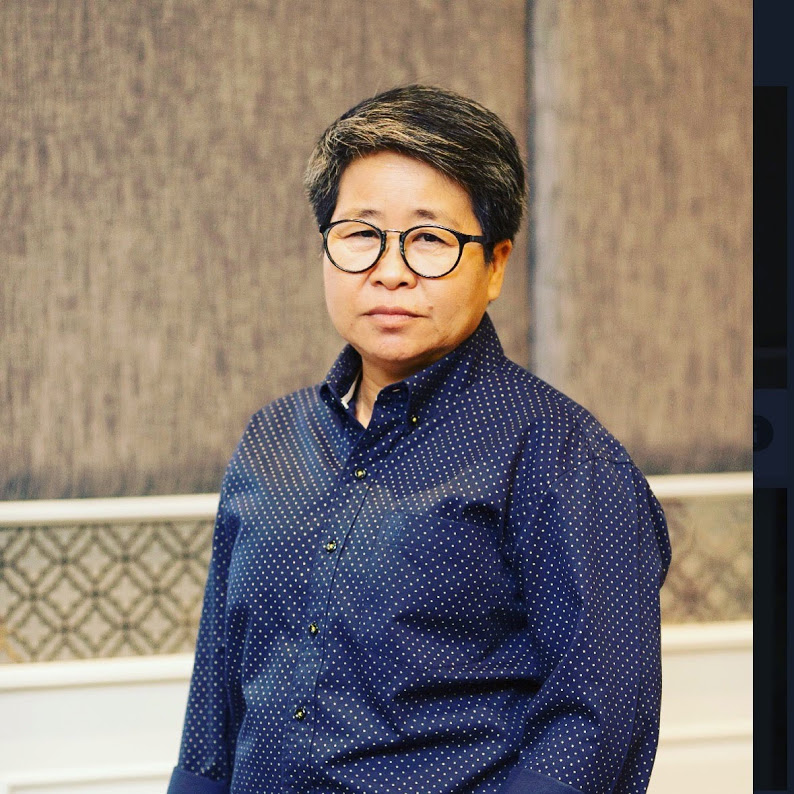 Suthasinee "Bik" Kaewleklai is a 50-year-old former garment worker and worker organizer. Originally from the Sakon Nakorn province, in the northeast of Thailand, she finished her education at the elementary school level, moved to Bangkok to find a job, and began working at a garment export factory in 1988. Kaewleklai took part in the mobilization of union workers and became President of the Par Garment Workers’ Union in 1994. As a former female worker, she has first-hand experience with, and knowledge of, the challenges which women workers are faced with at the workplace. She led workers in Par Garment factory to take part in a strike and demanded for on-time and equal payment, welfare and benefit for women workers and their families. As a result of her union activism, she was dismissed from the factory. From 2000 to 2012, Kaewleklai worked as a worker organizer for the Thai Labour Campaign, supporting Thai workers overseas who were facing challenges in recruitment processes and challenges accessing support from their host and home countries.

Kaewleklai was a member of the Committee for Thai Women Workers Unity and a worker organizer with Thai Labour Solidarity Committee. In 2015, she started working as a Project Coordinator with Migrant Workers Rights Network. Her responsibilities were to collaborate with government officers and partner organizations to provide support for migrant workers whose rights were been violated. She has regularly provided trainings and advice to build capacity for migrant workers in Thailand; specifically, how to negotiate and form a labour union focusing on women migrant workers. She has continued to advocate for improvement of migrant workers' access to basic services and protection, as well as raised awareness on judicial harassment against human rights activists in the context of business operations.

Kaewleklai has a strong commitment to support and strengthen the rights to collective negotiation and bargaining for both Thai and migrant workers in order to stop the human-trafficking and forced labour in workforces. She has always joined or organized a May Day rally and women workers’ rally to voice their demands to Thai government. She has taken part in advocacy meetings with government, business sector, human rights institutions, and international pressure groups to ensure the protection of workers' rights, particularly in seafood industry. In her role with the Migrant Workers Rights Network (MWRN), a membership-based organization for migrant workers from Myanmar residing and working mainly in Thailand, she has provided legal advice and raised awareness for domestic labour protection laws. Specifically, she has advocated for access to social welfare, improved recruitment processes, and rules and regulations under the Fishery Act and Anti-Human Trafficking Act, to name a few. She takes part in negotiations between employers and workers when labour disputes take place to ensure workers' rights and standards are respected. On International Womens Day in 2019, Suthasinee Kaewleklai was honored by the National Human Rights Commissioner for her work.