Patima Tungpuchayakul has emerged as the key person behind attempts to end slavery at sea in South-East Asia. She is also deeply involved with the concerted effort to provide support and protection for Thai and migrant workers. Respected for her courage and determination, Patima’s work proved of critical importance when the Labour Rights Promotion Network Foundation (LPN) rescued about 3,000 captive and stranded fishermen from isolated Indonesian islands in 2014.

1). Tell us about yourself.

I am Patima Tungpuchayakul, Co-founder with Mr. Sompong Srakaew at the Labour Rights Promotion Network Foundation (LPN) in Thailand. LPN was founded to promote the quality of life for laborers. These laborers have included Thais, Burmese, Laotians, and Cambodians since 2004. Our work is to fight against child labor, human trafficking through modern slavery. 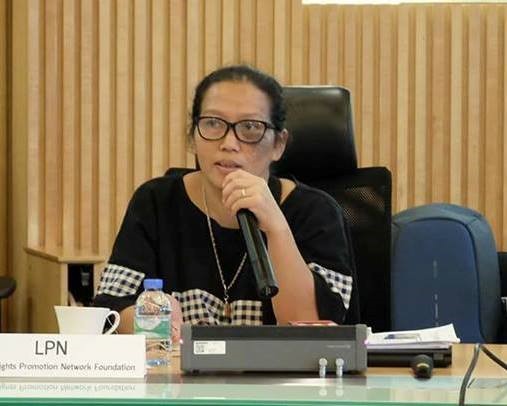 2). What inspired you to do the work you are doing?

My interest in human rights began in 1996 after graduation from Mahasarakham University, when I realized that the owners of factories near my home north of Bangkok were abusing migrant workers, especially women and children. 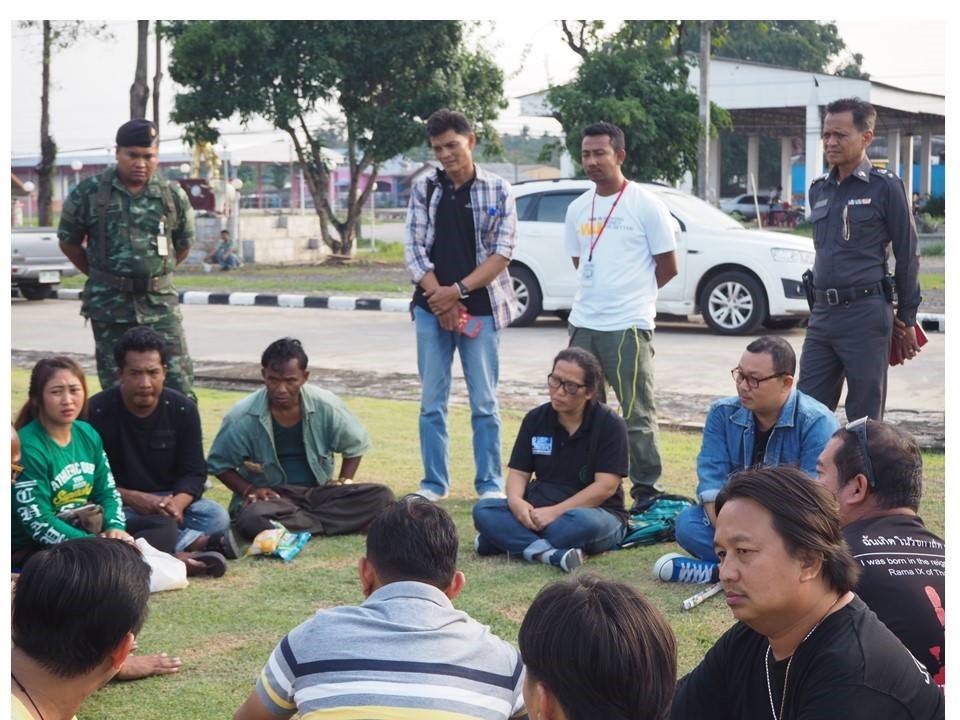 3. What sort of impact do you seek to have in the sustainable seafood space?

In more than two decades as an activist, I, with support from my team, have helped to create awareness of chronic rights breaches and worked with reformers to build understanding and improve the lives of migrant workers and the laws governing their employment. We remain a dedicated innovator and recognize that much more reform work still needs to be done in the region, on land and sea. Between August 2014 and October 2016, we rescued around 3,000 trafficked fish workers stranded on remote islands in Indonesian waters by the Thai fishing industry. It was such a big impact! Bring attention on the issue to the national and international levels in order to solve problems effectively, affect the roles and responsibilities of government and employers, change law, raise awareness to civil society, etc.

In addition, Thai and Migrant Fishers Union Group (TMFG) was later set up by more than 100 rescued victims who said that they did not want to see their compatriots to through the same ordeal. They have carried out a slew of constructive activities to improve the livelihoods of migrant workers over the past three years. From victims to hero, an innovative approach to combat human trafficking. I would like to emphasize that listening to the voices of workers/fishermen are most important. They know the best what’s going on, good practices, challenges and recommendations and so on. Recognizing and value their skills should be taken into consideration. Therefore, it is very necessary to create a platform or space and encourage workers/fishermen to be part of mechanism to address the issue. They have capacity to make things better and help other people. In addition, private sector and civil society also play important role in order to increase and expand protections for all seafood workers, including migrant people working in subcontracted conditions and commercial fishers working without a contract. Our work is front line and it now expand on a global scale.

4. What do you think are some of the greatest challenges we face in the sustainable seafood community?

– We are very much concern with the issue of safety of fishermen. A lack of safety for the fishermen, they can be tracked down and forced to return to the fishing vessels again.

– At the beginning of operation, most fishermen were issued with fake documents which could not be used to identify themselves. Some lost contact with their families for over ten years, or their families have moved somewhere and could not be reached. Sufficiency data collection and credible evidence are very crucial in order to help workers. It takes time to gather and verify information.

– IUU and human trafficking also involves with corruption. Most of huge vessel owners have a lot of influence and have connection with powerful people. Therefore, the operation is dangerous and risky. We need to assess the situation all the time. 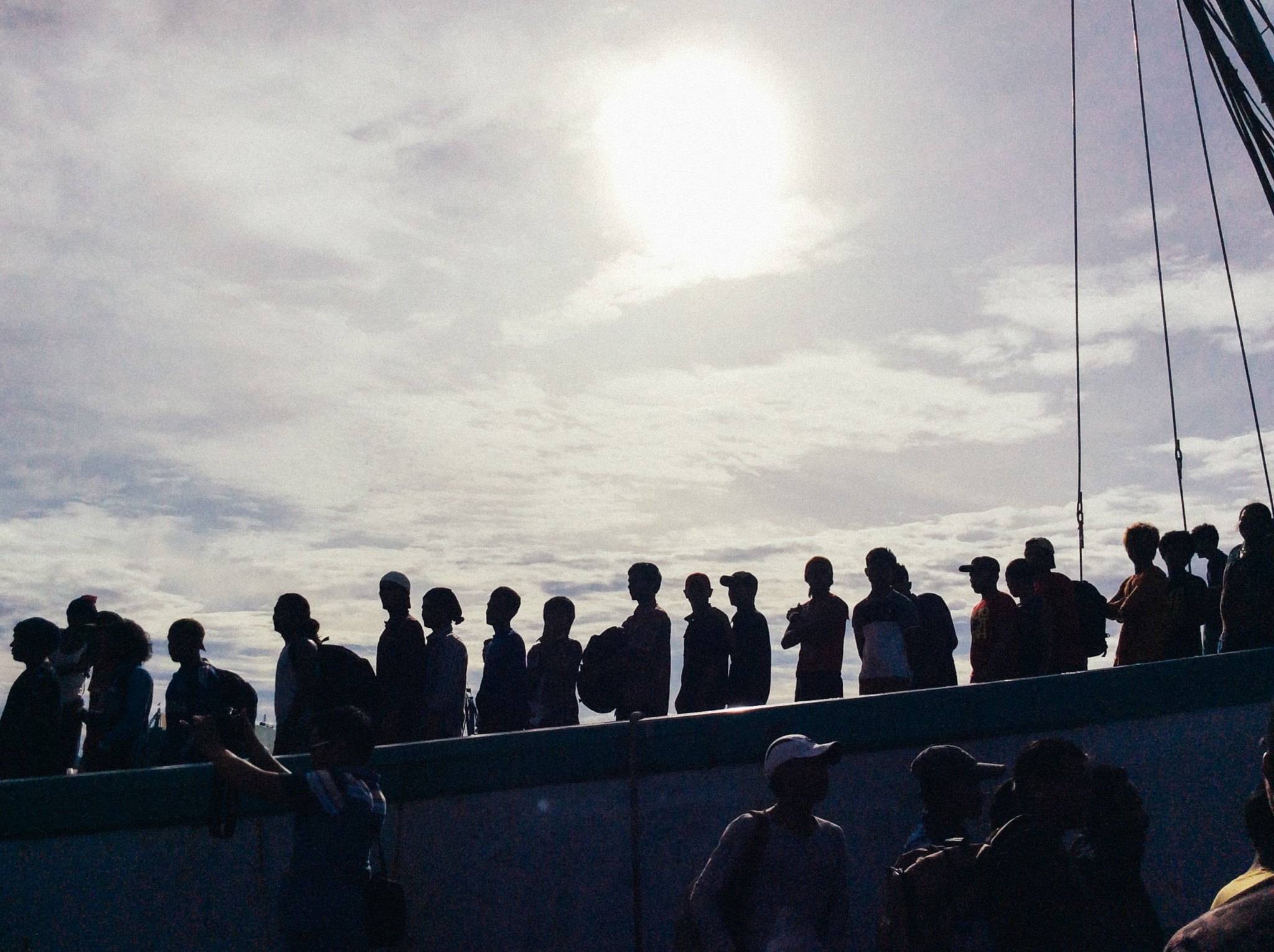 5. What role, if any, did the Seafood Summit Scholars program play in your professional evolution? Did it impact or support your work?

The SeaWeb Seafood Summit is great platform. I had a chance to attend twice. I met with a lot of people from different expertise/perspective in all regions.

Last year in 2018, it was my honor to receive the Seafood Champion Award for Advocacy. It means a lot to myself and the LPN team. We can raise the voices and take action in order to help more people. I had a chance to attend several global conferences (GOAL, SeaWeb Seafood Submit, and International Marine Conservation Congress, Tokyo Symposium etc.) to present and raise awareness to relevant stakeholders and public. I also had a chance to meet with buyers/retailers from the US, UK, Canada, China, Japan and other countries to explain the situation and findings and requested they kindly look through their supply chain to find supply lines free from exploitative conditions, and also improve working and living conditions of workers. They have more information and better understanding on the issues of slavery and exploitative conditions in the fishing industry and are eager to take action on social responsibility. For example, one buyer from China mentioned that they considered only size and color of shrimp and packaging. Nowadays, they are more aware whether the boats/companies have legal documents or use any slave labor or exploitative conditions or not. If so, they will not buy the product. Regarding the big retailers in the US, some of them already sent a letter to Thai companies to address that they will not buy any products from slavery/exploitative conditions. They see the importance of rescue work, however, they would like to find long term solutions with multi stakeholder collaboration.

Apart from that, I had a chance to work closely with a media and filming company. The Ghost Fleet is a documentary feature that uncovers the vast injustice of slavery in the Thai fishing industry through thrilling escape stories. The purpose of this film is to raise awareness of the public on the issues. The documentary was presented at the Telluride Film Festival in Telluride, Colorado during 31 August – 3 September 2018 and other film festivals. I also had a chance to participate in several film festivals. 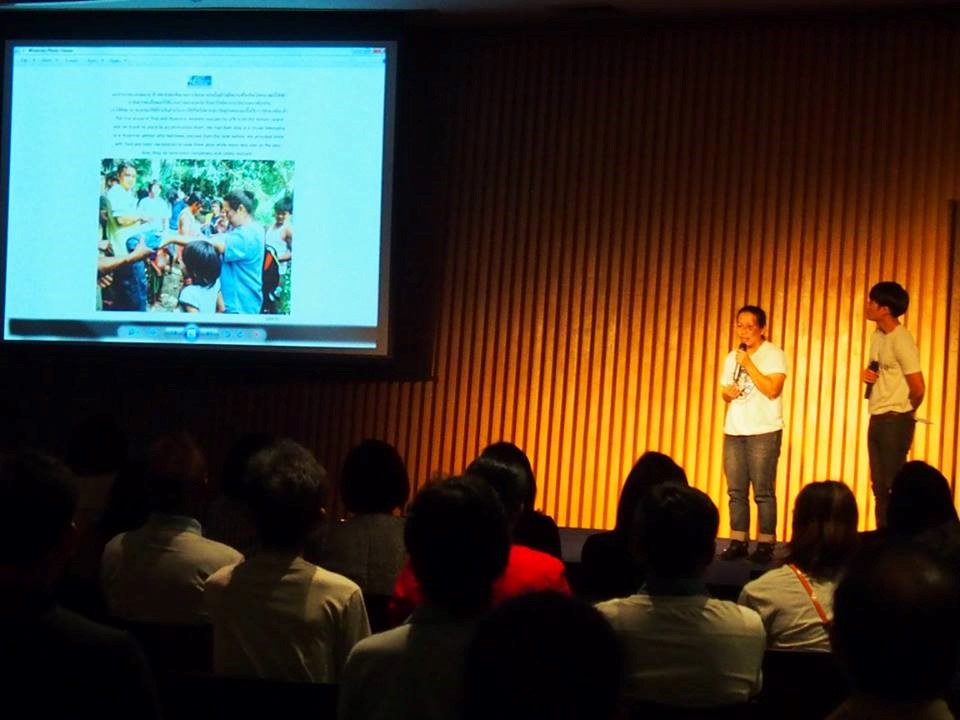 6. What advice would you give to others who are just breaking into this field?

“Never doubt that a small group of thoughtful, committed, citizens can change the world. Indeed, it is the only thing that ever has.” – Margaret Mead

I believe that everyone can make it happen, just believe what you are doing and keep moving. IUU and human tracking is everyone’s concern. We need to take it very seriously, help each other to protect human rights and the environment to make seafood sustainable.

Any fish that is free from labor exploitation.